Our permanent styles of beer

There are always three beer classics on tap: 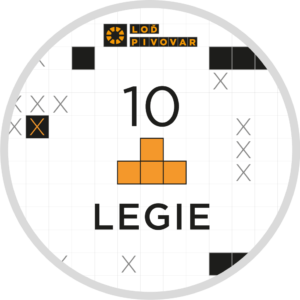 10 LEGIE® is characterized by higher bitterness and fullness compared to dozens of others, which is why it is designed especially for lovers of bitter beer. Higher bitterness is achieved by using higher doses of quality Czech hops.

12 REPUBLIKA® is a balanced lager for those who do not need a very bitter beer. The malt taste with a slight bitterness is given by Saaz hops and Moravian malt. 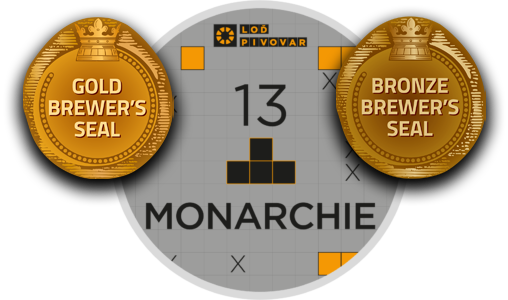 13 MONARCHIE® dark, stands out from the range of dark beers, because it is not so sweet. You can feel the taste of roasted malt and coffee, and long lingering taste of chocolate after swallowing. Nevertheless, this lager retains the fullness of dark beers.

We regularly change beer on tap

We brew not only Pilsner-type beers, but also wheat and various types of foreign beers, such as English styles APA, Pale Ale, American beers APL, Irish Stout, IPA and others.

And because we are on a boat, the names of our beers are derived from the names of major vessels for that particular area. For American specials we chose the names of well-known paddle steamers such as NEW ORLEANS, English beers are named QUINCI, HOOD or VICTORY, German beer after the cruiser PRINZ EUGEN and our lagers are named after the Czech ships LEGIE, REPUBLIKA or MONARCHIE, from the time of the Austria-Hungarian Empire.

You tasted with us 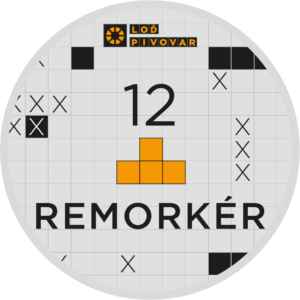 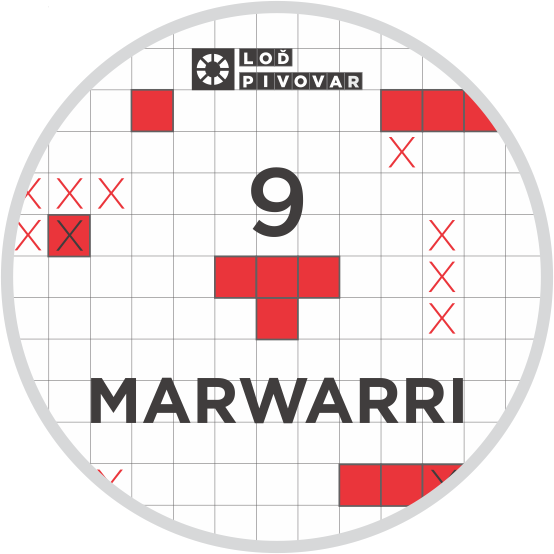 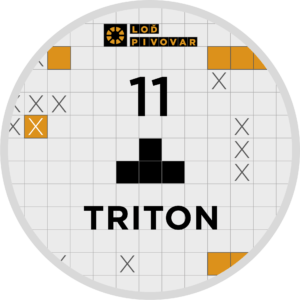 11 TRITON is a top-fermented full IPA beer from a single hop Uran. Thanks to the newly bred Uran hop variety from the Hop Institute in Žatec, you can be among the first to taste this hop. The beer acquires a distinctive hop aroma, bitterness and spicy fruit tones with a lingering character. 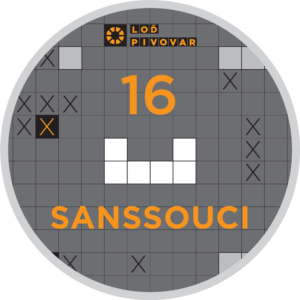 16 SANSSOUCI is a semi-dark special beer, a strong lager of the BOCK type. This kind originated in Germany during the 14th century. We used 4 types of malts, thanks to that the beer has a golden-brown colour and a higher fullness. The character of the bitterness is rather mild, so it is ideally suited with other flavours. 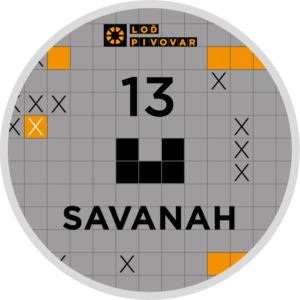 13 SAVANAH is a top-fermented strong wheat beer, of the American Hefeweizen type. The typical banana and clove aroma created by wheat yeast in this beer is further supported by the aroma of two American hops. Citra is a hop that take care of the citrus scent and Simcoe adds a slightly spicy touch. Pilsner wheat and caramel malts from the Kounice malting plant are used for this beer. 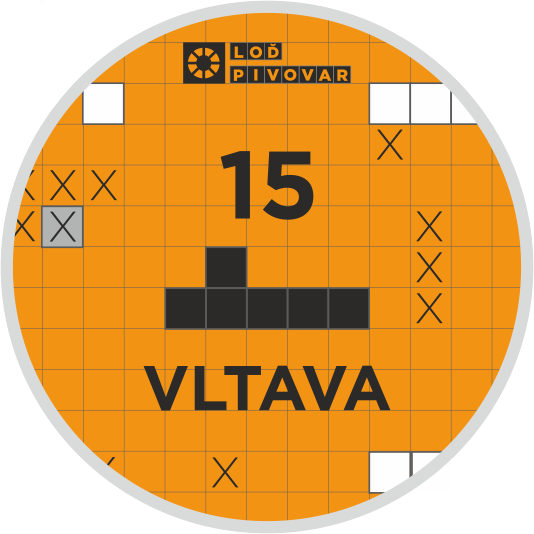 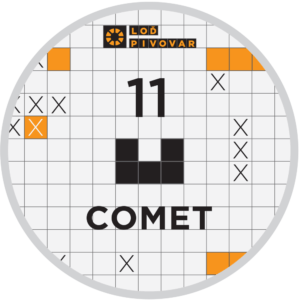 11 COMET is a top-fermented light lager. APA - a light beer with higher bitterness and lower fullness, ideal for the first sunny days. Thanks to the high fermentation, it is very drinkable and refreshing. 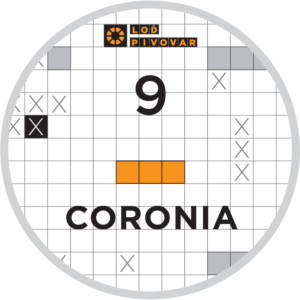 9 CORONIA is a light top-fermented draft beer. Due to its low gradation, it is especially suitable for summer refreshment. It excels mainly in its balanced bitterness with a citrus touch. The freshness of this beer is complemented by a delicate taste of exotic mango. 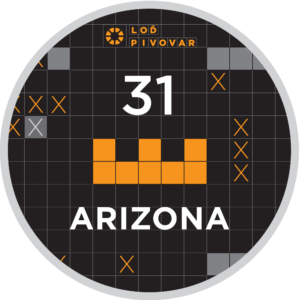 31 ARIZONA is a top-fermented special beer. A dark special in the barley-wine style, it is one of the strongest beers, reminiscent of port wine. Above all, a very strong fullness together with sweetness dominates here, and the bitter hop taste slightly fades out in the end. 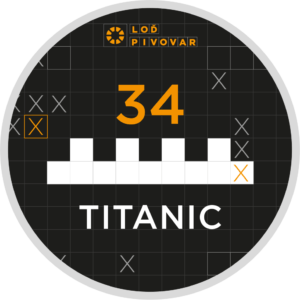 34 TITANIC top-fermented dark special, oriented to the Stout beer style. Due to its gradation, the beer is very full with strong sweetness. Only at the end when fading out does the adequate bitterness show, joined by the taste of caramel and roasted malt with a chocolate touch. 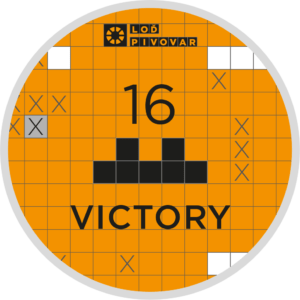 16 VICTORY in beer style of India Pale Ale, which is originally from Great Britain and has a golden to copper colour. Thanks to the use of four types of hops, the beer acquires a slightly citrusy aroma, perfectly contrasting with the strong bitterness and high percentage of alcohol, which is characteristic for English beers. 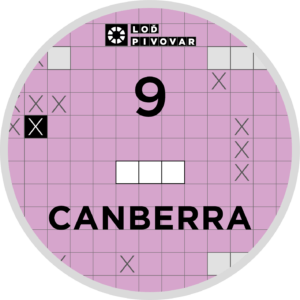 9 CANBERRA is a top-fermented draft beer of the Fruit IPA type. A fruit special distinctive in its colour, obtained from 100% blueberries. Cooked without any additives using Czech hops, malts and fruit. Thanks to the high amount of blueberry, it acquires a refreshing fruity taste. 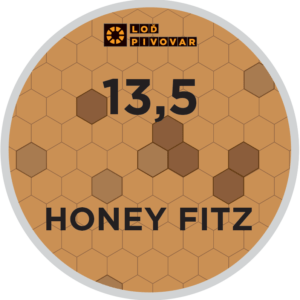 13,5 HONEY FITZ is a light honey lager, belonging to the group of flavoured beer, it consists of Pilsner malt of Czech and American hops. It acquires its honey-golden colour from the added meadow honey. Thanks to the higher alcohol content, this holiday special warms up on long holiday evenings. 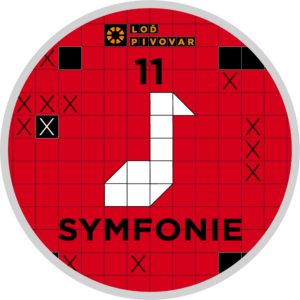 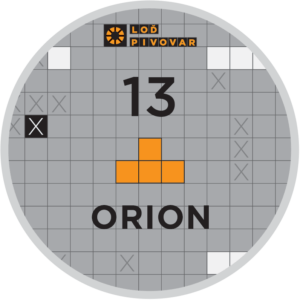 13 ORION  is a semi-dark, top-fermented special beer of the I.P.A. type. The taste is slightly sweet and roasted at the beginning, gradually turning into hop bitterness. The fullness of the beer is complemented by the cold-added Apollo hops, which adds a summer touch of grapefruit or pear. 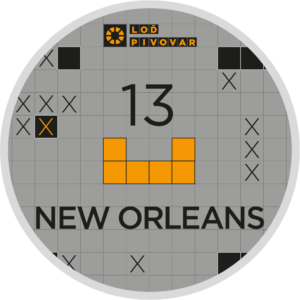 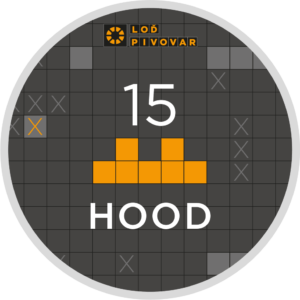 15 HOOD a dark Stout, belongs to beers originating from the British Isles. In the taste and aroma of this beer you can feel a mixture of five aromatic malts, and the caramel taste is accompanied with a slightly sour aftertaste, typical for Irish stouts. 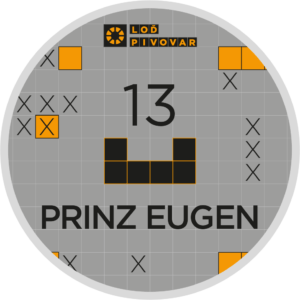 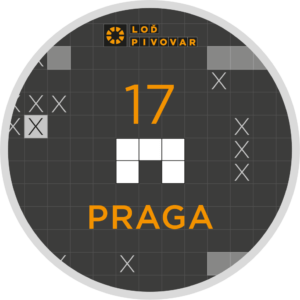 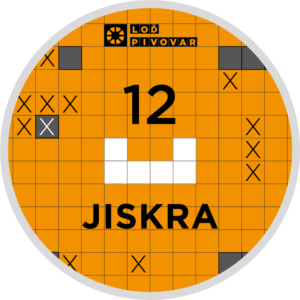 12 JISKRA is a bottom-fermented light lager. Just as rice was used in our brewing in the 19th century, we used rice in addition to Pilsner malt in this lager. It helps to get higher beer foam and makes the hop taste and bitterness stand out more. Kazbek hops give the beer a slightly spicy and citrus aroma. 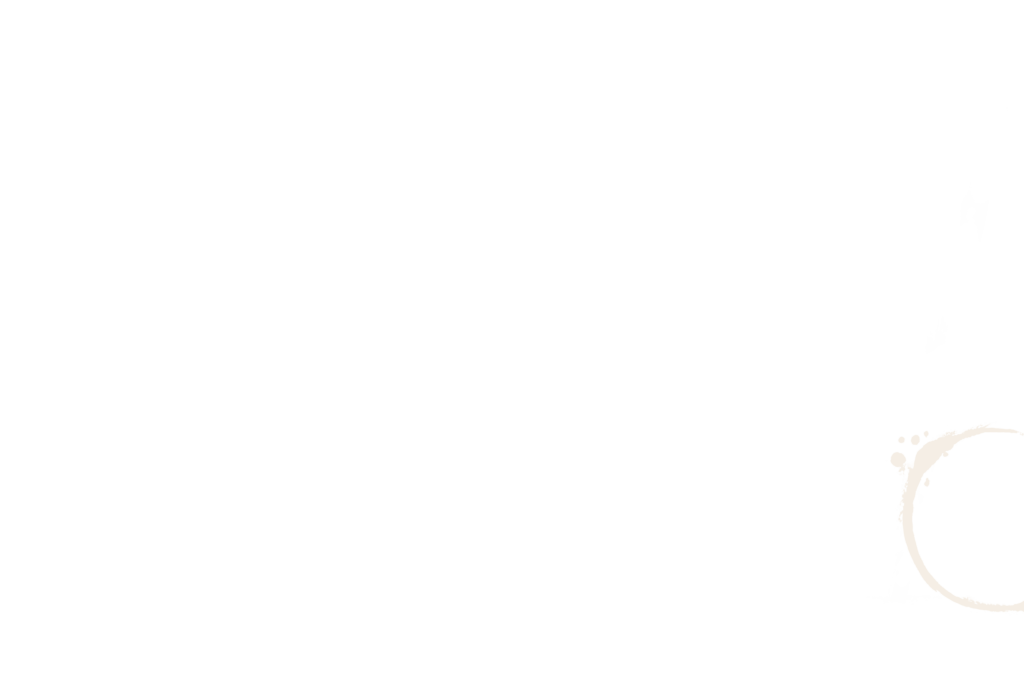 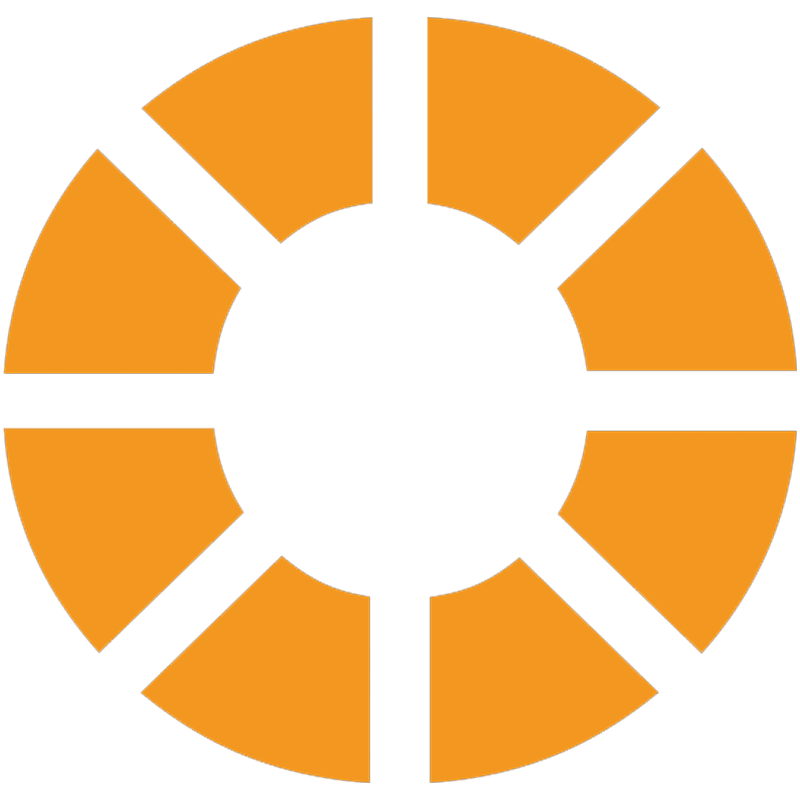 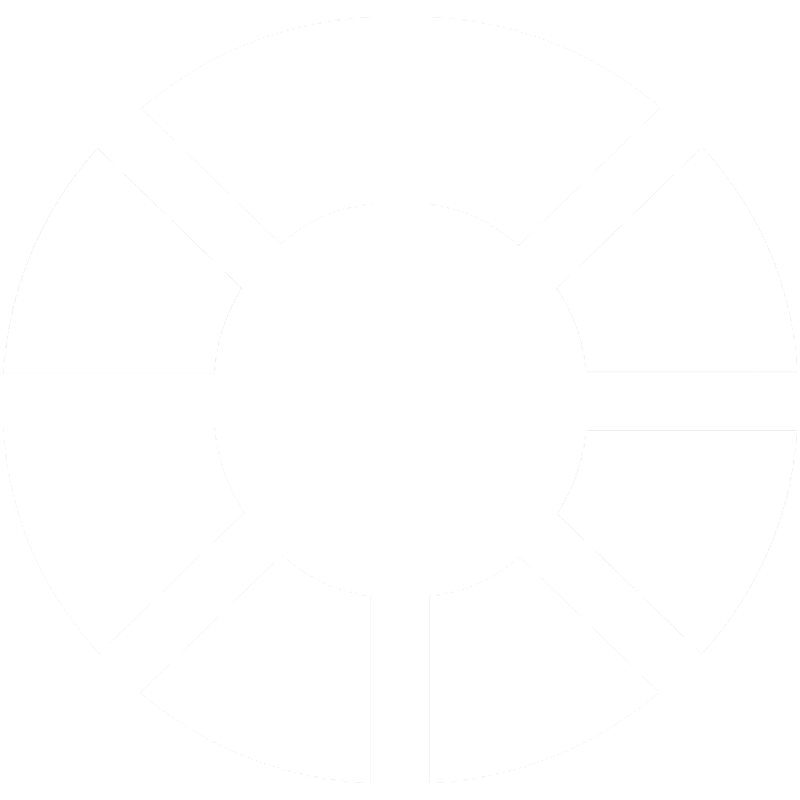